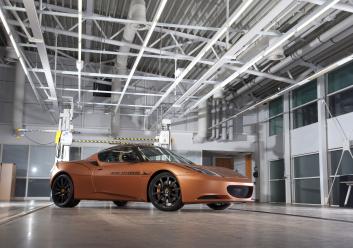 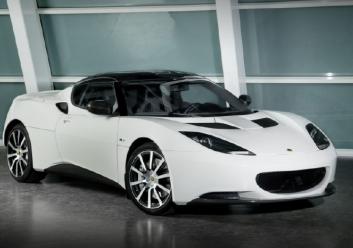 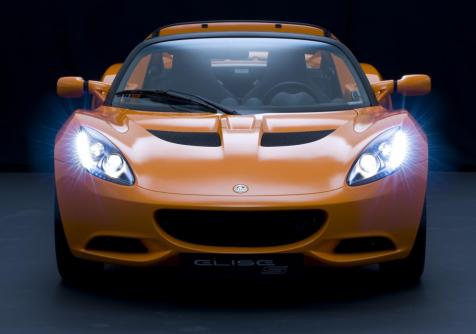 LOTUS TO RETURN TO FORMULA ONE 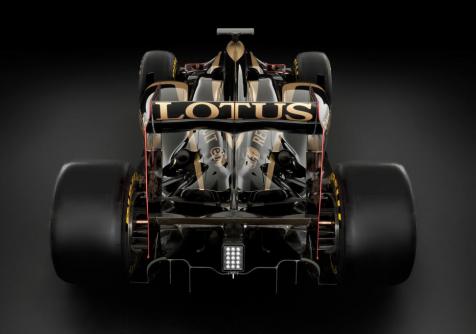 The Renault car company sold its remaining shares in the Formula 1 team to Genii Capital and it is announced that the team will compete in the 2011 season as Lotus Renault GP in a new interpretation of the iconic black and gold Lotus livery of the 70's, but still with a Renault chassis.

The move meant that there would be two teams competing that season under the name Lotus, with a dispute between Proton and the other team over rights to use the Lotus name in F1.

This was resolved later in 2011 with Group Lotus regaining all rights to the use of the name Lotus and Team Lotus in Formula One.

Lotus Originals was launched early in the year as a luxury lifestyle brand, with a range of apparel, accessories and leather goods. 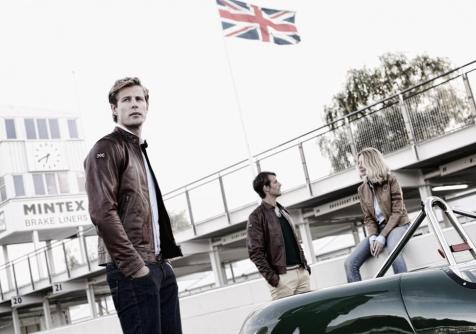 The Elise Club Racer is announced as a stripped-back, even lighterweight version of the Elise.

Powered by the same 1.6-litre engine as the standard Elise, the Lotus engineers managed to reduce the weight of the Elise CR by 24kg over the standard Elise. the car is also visually striking with body colour accents on the seats and throughout the interior. 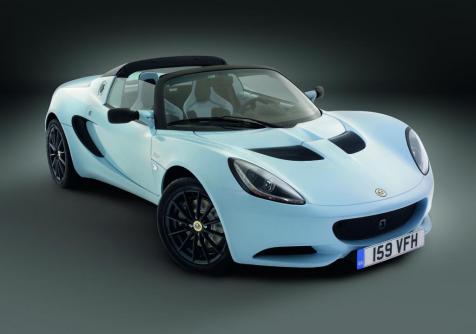 The Lotus test track at Hethel was renovated in 2011 and officially re-opened on 21 June at an historic event where both current and historic Lotus cars were driven around the new track by Nigel Mansell, Jean Alesi, Vitaly Petrov, Bruno Senna, Greg and Leo Mansell, Johnny Mowlem and others as the Chapman family, members of staff, the press, Lotus dealers and VIP's watched on. 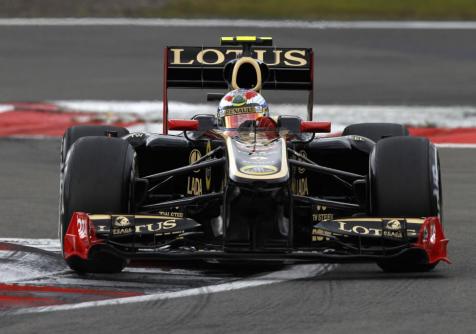 Robert Kubica was due to race for Lotus Renault Gp for the 2011 season, but was severely injured in a rally in Italy in February, so Nick Heidfeld was signed to take his place to drive alongside Vitaly Petrov.

The team started the season reasonably well, but a series of set backs and new restrictions over the use of off-throttle blown diffusers were introduced for the British Grand Prix, and the team was badly affected having designed their car around the system. Bruno Senna replaced Heidfeld later in the season.

DRB-Hicom's automotive sector is involved in the manufacturing of components and the assembly and distribution of cars, (Volkswagen AG and Daimler AG), trucks and motorcycles for the passenger, commercial, mass transport and defence automotive markets.

It's the first time an Exige model has been offered with a factory-fitted soft top roof. In true Lotus fashion the finely tuned suspension delivers a responsive ride and sublimely agile handling, whilst the supercharged 3.5 V6 engine with race-derived technologies delivers stunning performance. Reaching 100 kph from standing in 4 seconds (0 ? 60 mph in 3.8 seconds) and 0 ? 160 kph (0 ? 100 mph) in 8.5 seconds. 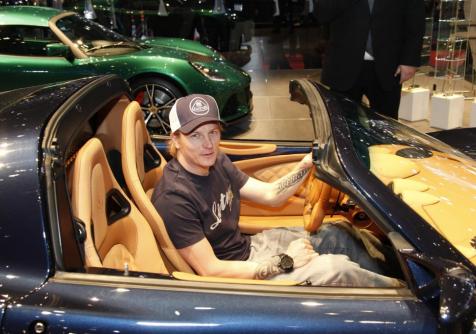 Lotus headlined the world's biggest car culture event in the summer, the Goodwood Festival of Speed 2012, to celebrate its glorious history and toast the present.

A special sculpture, commissioned by Lotus, rose high above Lord March's immaculate grounds to reflect its heritage and continued commitment to motor racing and driving thrills.

Apart from two special new models unveiled at the festival, over forty five historic and modern Lotus race cars blasted up the hallowed hill climb, while the Lotus F1 Team thrilled the crowds in this year's grand prix challenger, the black-and-gold E20.

Olav Glasius, who boasted the largest private collection of Lotuses in Europe, brought 24 of his cars to Goodwood for a landmark auction. Models stretching all the Lotus eras included a Le Mans veteran Team Lotus Type 11, and ex-Formula One Type 18, and a mint Lotus Esprit Turbo. 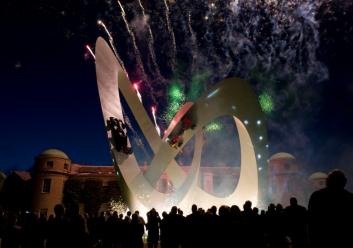 The first of the new 3.5 litre V6 engined Exige S's come off line having been unveiled at the Frankfurt Motor Show the previous year. Its 345 hp (350 PS) supercharged V6 engine is not for the faint hearted, delivering 0-60mph in just 3.8 seconds.

The supercharged 3.5 V6 Exige S secured the top honour from evo magazine's ‘Car of the Year' test, marking the huge achievement of the entire Lotus workforce 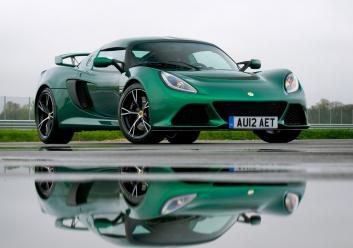 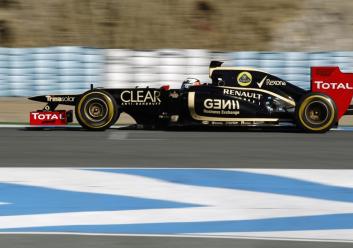 A name change to Lotus F1 Team and the introduction of the new E20 unveiled on 20 February for the 2012 start the season. 2007 world Champion Kimi Raikkonen returned to Formula One as lead driver for the team driving alongside rookie Romain Grosjean.

The team finish the season in 4th place in the team standings, with Kimi 3rd in the Driver's championship and Romain in 8th place. 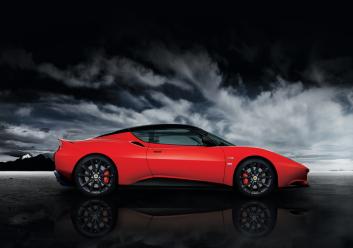 A visually enhanced and optimised version of the mid-engined 3.5 litre Evora is launched, available in both naturally-aspirated or supercharged variants.

Complementing this is a set of gloss black, forged wheels shod in sticky Pirelli P-Zero Corsa tyres, with the final touches including black name badges and a Union Jack side badge, paying homage to Lotus' heritage.

Raikkonen's career at Lotus came to an end two races ahead of schedule when he opted to miss the races in Austin and Sao Paulo to have surgery on a recurrent back injury.

His absence, allied to stand-in Heikki Kovalainen's failure to score points in the United States or Brazil and Grosjean's dramatic final race engine failure, compromised the team's chance of improving on fourth place in the constructors' table. 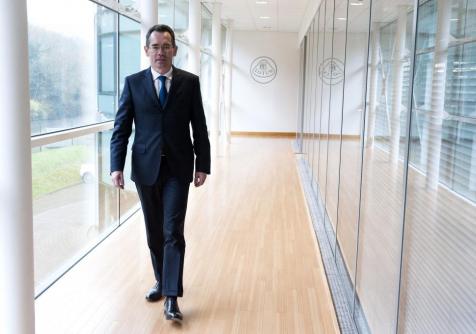 Jean-Marc Gales joined the company in late-spring. The multi-lingual, international, automotive businessman took over the reins of Group Lotus plc in May.

His remit was simple - to return Lotus Cars to the forefront of the sportscar scene. The task was substantial. Jean-Marc’s experience was crucial. He stated his plan. It was subtle but effective. Both territories and overall sales needed to be increased and profitability returned.

By the end of the year, a new management structure was in place and three new Lotus models were already on the stocks. 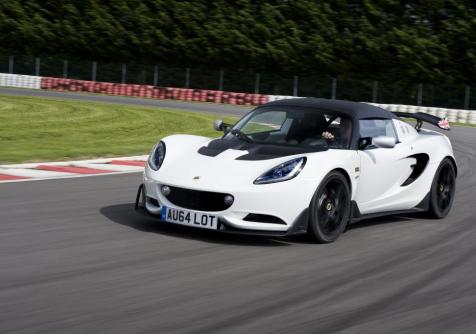 Ready for early press assessments, the Elise Cup S would be the most focussed version of the still box-fresh Elise.

Its supercharged 1.8-litre engine would deliver soul-stirring acceleration, allied to its lightweight construction and a target to lap the Hethel test track quicker than ever. Yet, it would be pure and a driver’s delight. Lotus would deliver its promise in spades.

Under the control of Russell Carr, a new Lotus for 2015 was revealed to insiders. Using the company’s integrated digital design processes, by which computer data can be translated into physical models, using state-of-the-art milling and 3-D printing facilities, a new supercar was being born. The results would soon speak for themselves, as prototypes were readied. 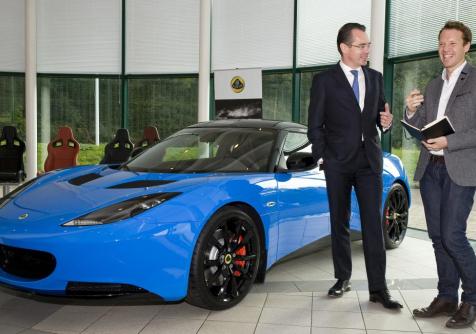 Expanding the Exige envelope would be a step in the right direction for enthusiasts and introducing an automatic transmission, with extensive Lotus developments, would be explored. While the uptake of auto-boxes on sportscars is good but small in number, Lotus could forge a fresh niche among enthusiastic drivers, keen to experience the purity of Lotus handling dynamics.

With Lotus Exige steering that is 'alive', a means by which to concentrate on it, while managing gearshifts, by beautifully forged alloy paddles, would have tremendous merit. The new Lotus Exige Automatic, in either Roadster, or Coupe forms, would be enticingly and automatically better.

Early results prove the will to succeed

Jean-Marc Gales stated in January: "Our ten month sales figures showed a volume increase of 63%, with virtually all markets increasing sales over the previous year. We are adhering to our policy of building from an increasingly strong base. The new S Cup joins the Elise range, grabbing recent motoring media headlines, and the Exige S enhanced with an exciting new automatic option, sharing the growth in numbers. Our strategy is being borne out. We are working to maintain the lightness, strength and purity that ensure the maximum amount of critical acclaim is received for our products. At Lotus, we love our cars and we know that our customers do too. The Lotus Evora 400, launched at Geneva, is a pinnacle of achievement but we shall continue to aim higher in the months and years to come." 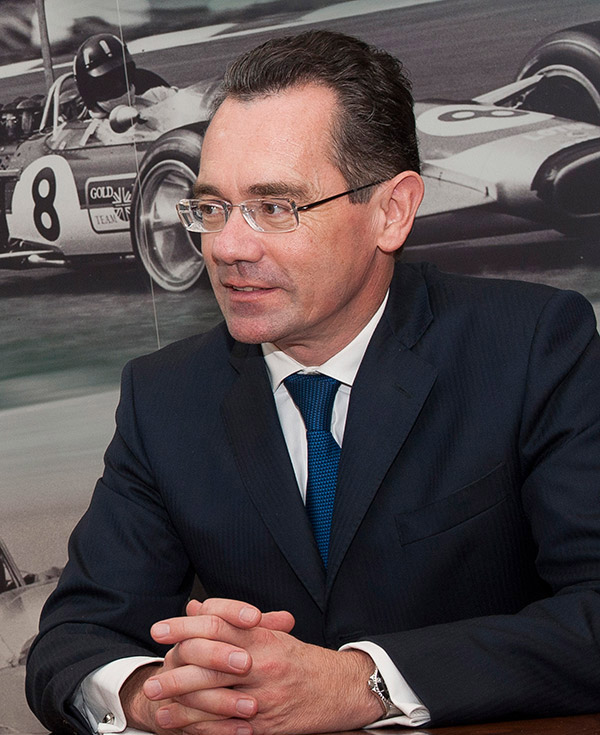 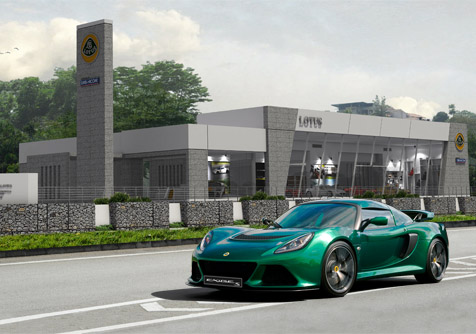 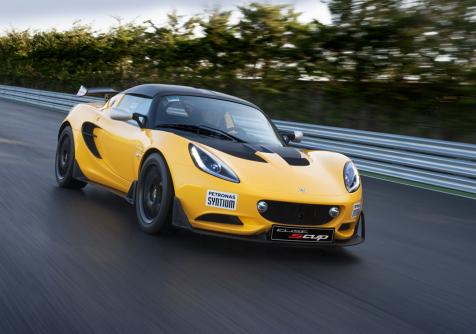 From "Top Gear" to "Auto Express", supported by "Autocar", "CAR" and "Pistonheads" magazines, among many others in the UK and in overseas' markets, the total focus of the Elise S Cup has been recognised and praised heartily. Proof, if proof were needed, comes in column inches far and wide, confirming the freshness and vitality of the overall package and highlighting the Elise as being the ultimate expression of driving superiority and lightweight purity. The Elise has never been better.